Inside the treasure chest 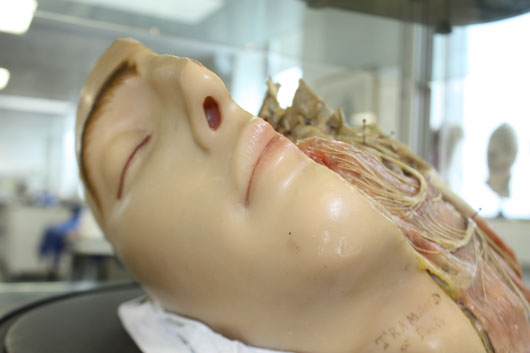 A Maori war club, a ‘unicorn tusk’ and a wax model of a dissected face are among the strange assortment of treasures going on display at the University of St Andrews’ Gateway Galleries this weekend (Saturday 24 August).

The new ‘Treasured’ exhibition (24 August – 14 December 2013) brings together many of the hidden gems of the University’s collections, some of which have never been on public display before. Also on display will be a pair of embroidered Gauntlet gloves from around 1600 and owned by Sir Henry Wardlaw, hand-blown chemistry glassware, and a hand-carved chair which belonged to Archbishop James Sharp.

“This is a fantastic opportunity to see some of the rarely seen treasures hidden away in University corridors and stores. The mix of captivating objects from Maori war clubs to contemporary artworks illustrates the wide span of the University’s collections.”

A series of events will accompany the exhibition, including a behind-the-scenes walking tour and opportunities for families and children to get creative at workshops.