International project to further our understanding of evolution 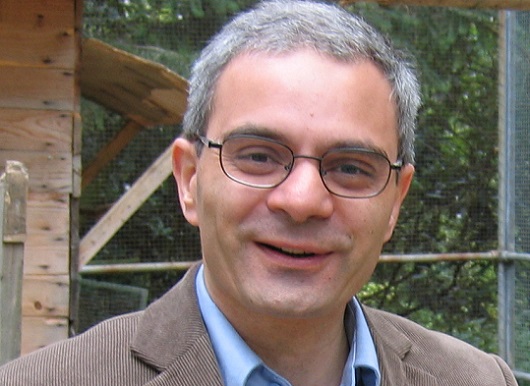 An international team of experts led by the University of St Andrews has been awarded a £5.7 million grant to further our understanding of evolution.

The multi-disciplinary team of 50 world-renowned figures will tackle the question with new perspectives on the relationships between genes, organism and environment.

A unique feature of the research programme is that scientists will team up with leading philosophers of science.

The grant from the John Templeton Foundation is one of the largest to ever be awarded to evolutionary research. It will fund 22 inter-linked projects under four umbrella themes and support a wide range of additional activities that will promote interaction and collaboration between institutions in the UK, Sweden and the USA.

The guiding principles of the projects are to identify conceptual differences between traditional and alternative interpretations of the evolutionary process, to develop theory that fills the gaps in contemporary understanding, and to devise key projects that provide critical tests of points of contention.

Institutional contributions to salaries and studentships amount to a further £2 million that support the research and the education and training of doctoral students.

The work will centre on what has become known as the ‘extended evolutionary synthesis‘ in which the genome does not have privileged control over development and heredity. In addition to genetic influences, the organism plays active, constructive roles in its own development as well as that of its descendants. This imposes directionality in evolution that is not accounted for by natural selection, and allows for multiple routes to the adaptive fit between organisms and environment.

Project leader Professor Kevin Laland of the School of Biology at the University of St Andrews said: “The extended evolutionary synthesis does not replace traditional thinking, but rather can be deployed alongside it to stimulate research within evolutionary biology.

“The new perspective retains the fundaments of evolutionary theory – genes and natural selection remain important, for instance – but recognises a wider set of causes of evolution. Some of the burden of explanation for adaptation and the diversity of life forms falls on the constructive processes of development.”

“New views on development and heredity require new models of evolution,” says Stanford University theoretical biologist Professor Marcus Feldman, a Member of the US National Academy of Science, whose project focuses on the evolutionary implications of non-genetic inheritance.

Professor Paul Brakefield, a Fellow of the Royal Society of London at the University of Cambridge – one of the participating universities – said: “I am very excited to be part of this initiative, which promises to not only advance our understanding of how evolution works, but also help to better connect evolutionary biology to other disciplines.”

Project co-leader Dr Tobias Uller of the University of Lund added: “The central involvement of philosophers of science will bring increased awareness among biologists of how conceptual frameworks shape their own research. This will leave us better equipped to overcome communication barriers and differences in perspective, and ultimately facilitate scientific progress.”

The four other institutions funded by the John Templeton Foundation grant are the University of Southampton, Indiana University, Clark University and the Santa Fe Institute.